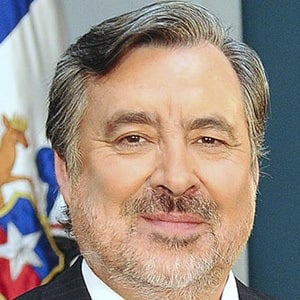 Chilean sociologist, journalist and independent politician who became a Senator of the 2nd District of Antofagasta in 2014.

He performed his military service in the Esmeralda Regiment of Antofagasta in 1970. He graduated from Universidad del Norte in 1977 with a degree in sociology, and in 1980 with a degree in journalism.

From 1988 to 1997 he was vice-dean and professor of the School of Journalism at the Diego Portales University.

His parents are Alejandro Guillier Ossa and María Raquel Álvarez Monterrey. He has four brothers. He married María Cristina Farga Hernández in 1983. He has three children.

Alejandro Guillier Is A Member Of