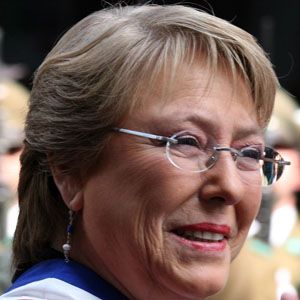 Chilean Socialist Party politician and the first female President of Chile. She held office from 2006 to 2010 and was elected in 2014 to a second term as President.

Prior to being elected President of Chile, she served as both Minister of Health and Minister of Defense.

She served as director of UN Women (the United Nations Entity for Gender Equality and the Empowerment of Women).

After her father was tortured to death by coup d'etat leader Augusto Pinochet, she was forced into exile in Australia.

Michele Bachelet Is A Member Of