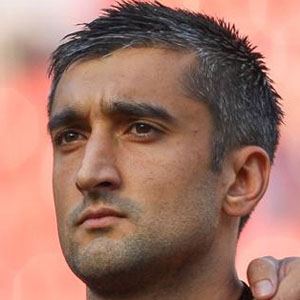 Right winger who began his second stint with Lokomotiv Moscow in 2012 after spending two years with Dynamo Moscow. He became a member of the Russian national team in 2011.

He debuted professionally for Spartak Moscow in 2001 after coming up through the club's youth system.

He played alongside winger Andrei Arshavin on the Russian national team from 2011 to 2012.

Aleksandr Samedov Is A Member Of