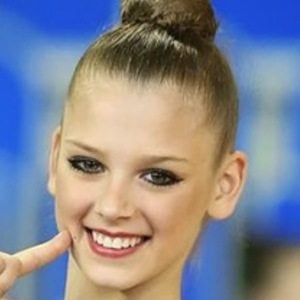 Professional rhythmic gymnast known for securing the silver medal in all four individual categories at the 2015 World Cup Final and for taking the team gold at the World Championships in both 2014 and 2015.

Her junior career began promisingly after, at the 2011 Junior Irina Deleanu Cup, she won the gold in the all-around category.

The Russian national gymnast has become an Instagram superstar with more than 450,000 followers on the photo sharing app.

Her brother, Alexey, was an artistic gymnast and was a source of inspiration for her to become a gymnast.

As a junior member of Team Gazprom, she competed alongside senior gymnast Evgenia Kanaeva.

Aleksandra Soldatova Is A Member Of