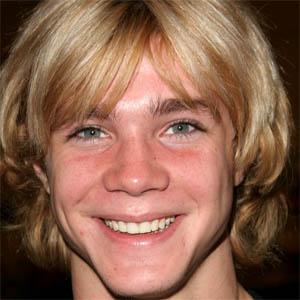 American actor known as Seth Powers from the Nickelodeon series Ned's Declassified School Survival Guide. He has appeared as a child actor in the comedy Bubble Boy and the 2002 version of Spider-Man.

He has been working since he was about 7 years-old, landing roles early on in the TV film The David Cassidy Story as Patrick Cassidy and an episode of Unsolved Mysteries called Ghost Boy as Kenny.

He has been featured in guest roles for the television series Charmed, Off Centre, and CSI: Miami.

He has an older brother named Tony, who is also an actor.

He played a young Chris Grandy for the Jennifer Garner starring film 13 Going on 30.

Alex Black Is A Member Of