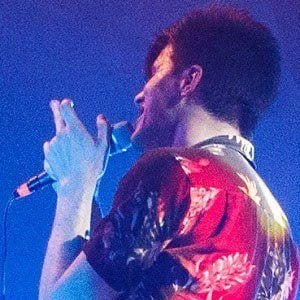 Singer-songwriter best known as the lead vocalist of the synthrock band Magic Man. The band has released an EP called You Are Here, as well as an LP called Before the Waves.

He co-founded the band in 2010 with guitarist and keyboardist Sam Vanderhoop Lee whom he traveled around France with, using their experiences to influence the musical beginnings of Magic Man.

He and the band originated out of Boston, Massachusetts.

Magic Man has toured with Panic! At The Disco and Walk the Moon.

Alex Caplow Is A Member Of