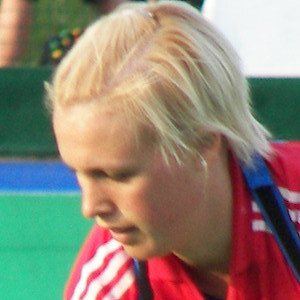 English field hockey forward who has had great success internationally, winning gold at the EuroHockey Nations Championship with England and the FIH Hockey World League with Great Britain in 2015. She was the top scorer for the 2011-12 Premier League season and received Player of the Season honors.

She was born in Southampton, Hampshire and made her debut for England in October 2001. That year, she was the runner-up for the BBC Sports Personality of the Year Young Personality award.

In 2015, she became the second-highest goal-scorer in Great Britain's history behind Jane Sixsmith.

She has a sister and an older brother.

She took home bronze as a member of the Great Britain squad at the 2012 Summer Olympics, where she was teammates with Nicola White.

Alex Danson Is A Member Of