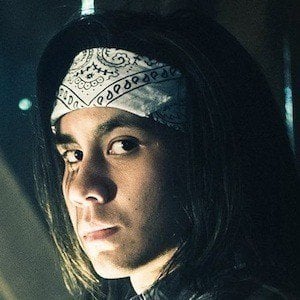 American drummer most famous for his work with the pop-rock band Green Screen Kid. He and the band have earned fans with releases like 2013's Chroma Key EP and 2016's Wild Like Hearts EP.

He graduated from the University of Wisconsin - Stevens Point with a degree in psychology.

Before forming Green Screen Kid in 2013, he performed in two different bands and was the lead singer of one of them.

He was raised in Appleton, Wisconsin with his two brothers, Brandon and Jorge, the latter of whom is also a member of Green Screen Kid.

He has performed alongside singer Beau Zachowski in Green Screen Kid.

Alex Dosdos Is A Member Of