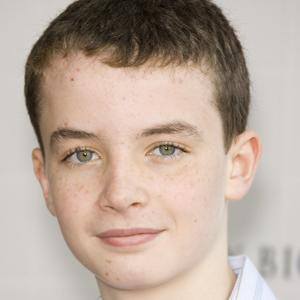 Former child actor who had his breakout role in the 2004 crime drama Millions. His role as Angus in the 2007 film, The Water Horse: Legend of the Deep, earned him a nomination for a Saturn Award for Best Performance by a Younger Actor.

He went to Lum Head Primary School before earning his first acting role in 2004.

He also had a starring role in the 2007 family film, The Water Horse: Legend of the Deep.

He has an older sister named Rebecca and a younger brother named Daniel.

He co-starred in the 2009 drama-fantasy From Time to Time with Maggie Smith.

Alex Etel Is A Member Of