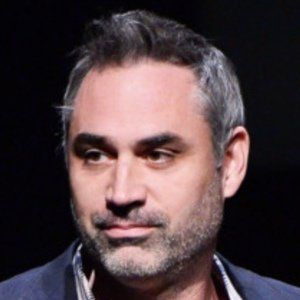 Novelist turned screenwriter turned film producer and director whose directorial debut, Ex Machina, won an Academy Award for Best Visual Effects. He wrote the screenplay for the film as well, and it earned an Academy Award nomination for Best Original Screenplay. His follow up directorial effort was Annihilation, and he previously wrote scripts for the films Never Let Me Go, Dredd and others.

He graduated with a Bachelor of Arts in History of Art from the University of Manchester. He rose to prominence with his novel The Beach, a book which was adapted into a 2000 feature film starring Leonardo DiCaprio.

He was an executive producer on 28 Weeks Later, the sequel to 28 Days Later. He co-wrote the video game Enslaved: Odyssey to the West, earning him a 2011 award from the Writer's Guild of Great Britain.

His father Nicholas was a political cartoonist, and his mother Caroline was a psychologist. He married and has two children with Paloma Baeza.

He wrote the screenplays for the Danny Boyle-directed films 28 Days Later and Sunshine.

Alex Garland Is A Member Of