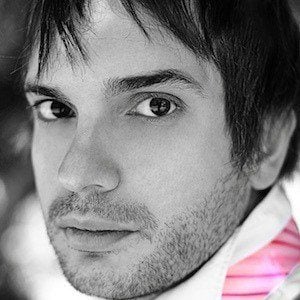 English singer known for performing at the 2015 Eurovision Song Contest as part of the duo Electro Velvet. They sang "Still In Love With You" and finished in 24th place.

After listening to bands like The Who and The Kinks growing up, he joined The Rolling Clones, a Rolling Stones tribute band, in 2007.

He contributed to Cut La Roc's Larger Than Life album, which was released in 2010.

He was born to Jerry and Penelope and has a sister named Anna.

Alex Larke Is A Member Of