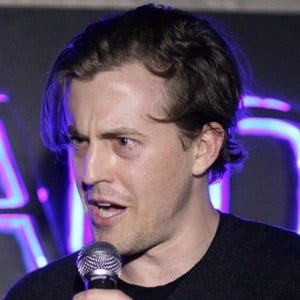 Chicago comedian and sketch writer who became known after joining the cast of Saturday Night Live in Season 42. He previously did improv comedy and performed regularly at The Annoyance Theatre in plays such as Ripper the Musical, Good Winnetka Boy and El Show with Alex Moffat.

He previously did improv comedy at Second City and ImprovOlympic.

He became known for his role in the indie film Uncle John in 2015.

He was also joined by comedian Mikey Day as a newcomer on season 42 of SNL.

Alex Moffat Is A Member Of