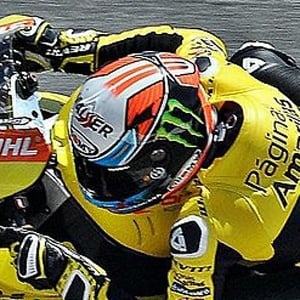 Spanish Grand Prix motorcycle racer who is recognized for having been crowned champion of the Spanish 125GP series in 2011. During the 2017 season, he raced for Team Suzuki Ecstar in the MotoGP 1000cc class.

He made his professional debut during the Moto3 World Championship in 2012.

He placed third overall during the 2016 Moto2 season.

He is the son of Victoria Navarro and Rafael Rins.

Both he and Andrea Iannone were members of Team Suzuki Ecstar.

Alex Rins Is A Member Of