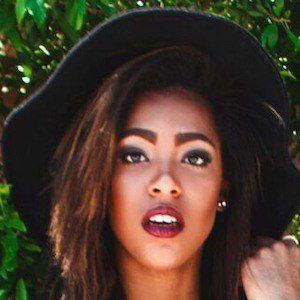 Music fan whose YouTube channel, Alex Can Do That, is primarily dedicated to her love of the American pop group Fifth Harmony. Her passion for the group has attracted more than 10,000 subscribers so far.

She grew up in Dallas, Texas.

Her video "My Strange Addiction: Fifth Harmony" became her first to surpass 100,000 views. She later began selling t-shirts inspired by the video.

She has step siblings.

She and Mareliz Glaze are both known for being enthusiastic Fifth Harmony fans on YouTube.

Alex Schar Is A Member Of