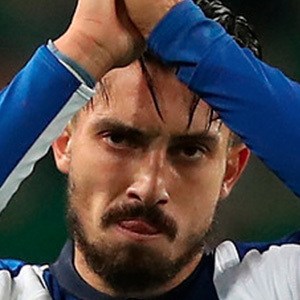 He started his youth career playing for the Juventude club in 2007. He then made his senior debut with the squad in 2011. After playing with several other clubs, he joined the Porto team in 2016. His debut as part of the Brazilian national team came later on during the 2019 season.

He has earned several honors and awards for his playing including the Best Left-Back award in 2013 for his work with the Gremio club and the Dragao de Ouro Award for FC Porto Player of the Year during the 2018 season.

He was born and raised in Caxias do Sul, Brazil and shared a photo of his mother Claudette through Instagram in May of 2019.

In August of 2015, it was rumored that he was going to replace the spot of fellow left-back Filipe Luis for the Chelsea club.

Alex Telles Is A Member Of