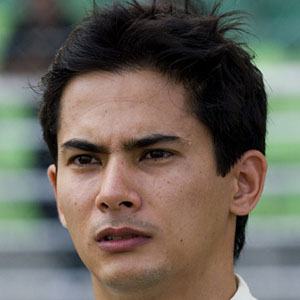 Malaysian racecar driver who placed eighth in the 2007 Twenty-Four Hours of Le Mans.

He began racing saloon cars at the age of sixteen, making him the youngest racecar driver in Malaysian history.

His younger sisters, Aaliyah and Philippa, have both won numerous awards for waterskiing.

His heritage is Malaysian, Chinese, and British, and he wed Arriana Teoh (a former Miss Malaysia). The couple had a son together who was born in 2003.

He was born in the same year as Canadian racecar driver, Jean Francois Dumoulin.

Alex Yoong Is A Member Of