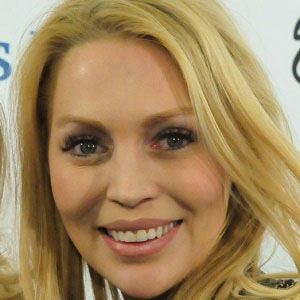 German singer and songwriter best known for competed in Unser Song für Österreich, the contest to appear in the televised Eurovision Song Contest.

Greatly inspired by her grandfather, a jazz pianist, she became interested in music at the ripe age of four.

She has worked as a backup singer for a number of popular singers including Ricky Martin and Thomas Anders.

She was born in Wiesbaden, Germany.

She did backup for the German pop group No Angels, a group in which Nadja Benaissa was a founding member.

Alexa Feser Is A Member Of