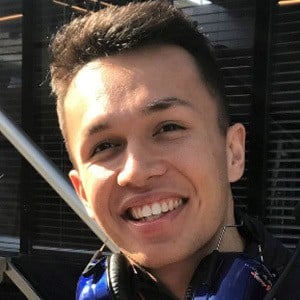 British-Thai driver who has gained fame for his career in Formula One competing for Red Bull Racing. He earned his breakthrough in 2018 when he finished in 3rd place in the FIA Formula 2 Championship en route to being promoted to Formula One.

He began competitively racing at age 8 while racing go-karts. He graduated to the Formula Renault 2.0 Alps cup in 2012.

He finished in 9th place at the March 2019 Bahrain Grand Prix, which was his second ever Formula One race. He later earned a fifth place finish at the September 2019 Belgian Grand Prix.

His father Nigel was a pro racer. His mother's name is Kankamol. He has been in a relationship with golfer Muni He.

He and Charles Leclerc have competed against one another in Formula One races.

Alexander Albon Is A Member Of