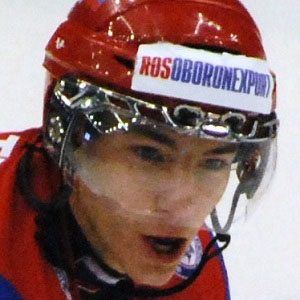 He was born in Kazan and played for the Barrie Colts in the Ontario Hockey League before making his NHL debut in October 2010.

He signed with Ak Bars Kazan of the Kontinental Hockey League for the 2103-14 season after feuding with Jets head coach Claude Noel.

His father and brother were both hockey players. His mother was a dancer.

He and Evander Kane are both former first-round draft picks of the Atlanta Thrashers.

Alexander Burmistrov Is A Member Of