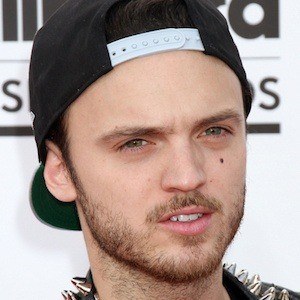 Singer-songwriter best known as the lead singer of the The Cab. They released their second album, Symphony Soldier, in 2011 and signed with Universal Republic Records the same year. He later embarked on a side project called Bohnes.

He also owns a clothing line called 42799, Be the Black Sheep.

He grew up in Las Vegas, Nevada. He began dating model Josephine Skriver in 2013. They got engaged in November of 2018.

He claimed Frank Sinatra to be a large influence on his life.

Alexander DeLeon Is A Member Of