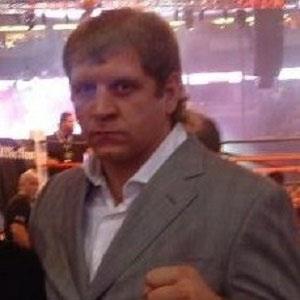 Russian mixed martial artist who took home gold at the World Sambo Championships in 2003, 2004 and 2006. He also dominated the Russian Championships, winning his weight class five times from 2003 to 2010.

He was named a Russian Master of Sport in judo at just 16 years old. He also played sports like football and basketball.

He lost two teeth while competing against a bull on the Russian game show Big Races.

His older brother is MMA champion and politician Fedor Emelianenko. He married a woman named Olga in 2004 and has children named Ksyusha and Polina Emelianenko.

Alexander Emelianenko Is A Member Of