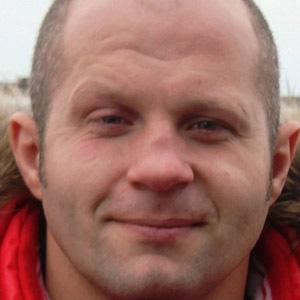 Russian fighter considered by some to be the greatest heavyweight mixed martial arts fighter of all time; went undefeated for nearly a decade.

He served as a firefighter in the Russian Army.

He won tournaments in multiple disciplines, including the Pride Grand Prix and the World Combat Sambo.

He was repeatedly asked to compete in the UFC by UFC president Dana White, who called it an "obsession" to get him to fight in the UFC.

Fedor Emelianenko Is A Member Of