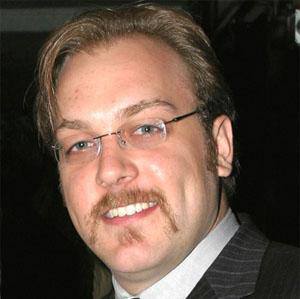 He grew up in Tenafly, New Jersey and graduated from the University of Michigan's Musical Theater Department.

He received a Drama Desk Award nomination for Outstanding Featured Actor in a Musical for his role as Beadle Bamford in the 2005 Broadway revival of Sweeney Todd: The Demon Barber of Fleet Street. That same year, he appeared in a staged concert of South Pacific with Reba McEntire at Carnegie Hall.

He married Erin Ortman in 2008. He is the son of Broadway musical director Paul Gemignani and soprano Carolann Page.

In March 2005, he was in the musical Passion with the legendary Patti LuPone.

Alexander Gemignani Is A Member Of