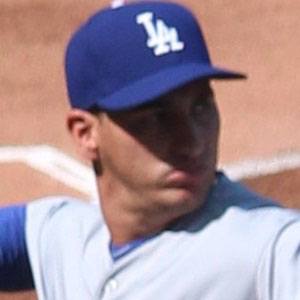 Cuban third baseman and left fielder who defected in 2013 after playing for the Cuban national team and Las Tunas in Cuban National Series, where he was an All-Star. He made his Major League Baseball debut with the Los Angeles Dodgers in March 2014.

He was born in Las Tunas, Cuba and lived in Haiti immediately after defecting. He later played winter baseball in the Dominican Republic.

In April 2015, his first full month in the major leagues, he was voted Rookie of the Month.

He has been married and has children. He has a brother.

He joined fellow Cuban Yasiel Puig in Los Angeles in 2014.

Alexander Guerrero Is A Member Of