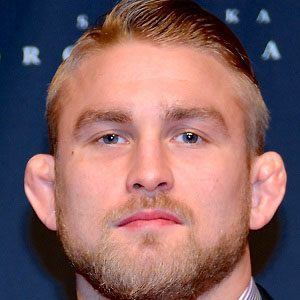 He trained in boxing during his childhood before training in mixed martial arts beginning in 2006.

He won his UFC debut fight 41 seconds into the first round by knock out.

He got engaged to his girlfriend Amanda but the two split in 2015.

He was praised by UFC commentator Joe Rogan in his 2nd fight despite losing that match.

Alexander Gustafsson Is A Member Of