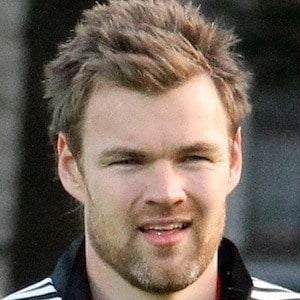 Norwegian goalie known for his time with Rosenborg, where he won the 2006 and 2009 Norwegian Premier League Championship. After spending much of the 2000s as a backup with the team, he left the club, only to return in 2012 and earn more of a starting role.

He played for Afjord and Narod before starting his pro career with Rosenborg in 2001.

During his first stint with Rosenborg, he spent time on loan with Fredrikstad. He also played for Odense in 2010.

He grew up in Afjord, Norway.

He and Nicki Bille Nielsen were teammates during the latter's time with Rosenborg.

Alexander Hansen Is A Member Of