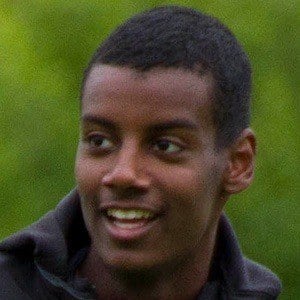 Soccer player who excelled early in his career as a striker with AIK Fotboll, being named Allsvenskan's Newcomer of the Year for 2016. The following season, he won the DFB-Pokal title with Borussia Dortmund.

He was raised in the Solna Municipality in southeast Sweden. He began playing with AIK when he was 6 years old.

At 17 years, 3 months and 22 days old, he became the youngest player ever to score a goal for the Swedish national team.

His parents are from Eritrea. He has a brother named Sened Teame.

He has played alongside goalkeeper Roman Weidenfeller on Borussia Dortmund.

Alexander Isak Is A Member Of