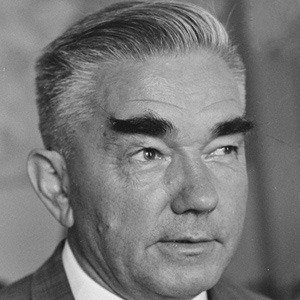 Soviet chess Grandmaster and author who won the USSR Championship in 1948 and 1950.

He studied engineering in Moscow before becoming serious about chess.

He won only the third Soviet Grandmaster and Kotov syndrome is named after him due to his writings about cracking under pressure.

He came from a large, working-class family.

His writings have been an influence on Grandmaster Garry Kasparov.

Alexander Kotov Is A Member Of