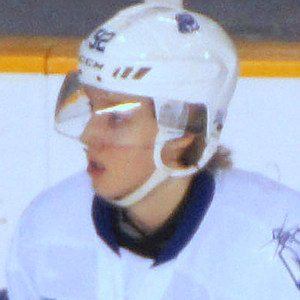 Canadian hockey player who has been a member of the Mississauga Steelheads in the Ontario Hockey League. He was selected by the Buffalo Sabres in the 2016 NHL Entry Draft.

He was selected 12th overall by the Mississauga Steelheads in the 2015 Canadian Hockey League Import Draft.

He was awarded the CHL Rookie of the Year in his first season with the Steelheads.

His father, Michael Nylander, played for the Calgary Flames.

His brother is William Nylander who has played for the Toronto Maple Leafs.

Alexander Nylander Is A Member Of