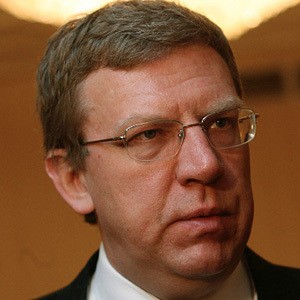 Liberal politician who started working as the 4th Chairman of the Accounts Chamber of Russia in 2018. For 11 years, he was the Minister of Finance and became the longest-serving person ever to hold the position in post-Soviet Russia.

He earned an economics degree from Leningrad State University in 1983.

He was named Russia's Deputy Prime Minister in 2000.

His mother Zinta is Latvian and his father Leonid is Russian. He married a woman named Irina. His daughter's name is Polina and his son's name is Artyom.

He began working for the administration of President Boris Yeltsin in 1996.

Alexei Kudrin Is A Member Of