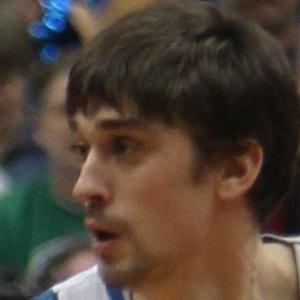 Russian guard who broke into the NBA with the Minnesota Timberwolves in 2012.

He began his professional career with CSKA Moscow in 2006.

He earned a bronze medal with Russia at the 2012 Summer Olympics.

His father Victor was a basketball coach who got Alexey started on the sport at a young age.

Alexey Shved Is A Member Of