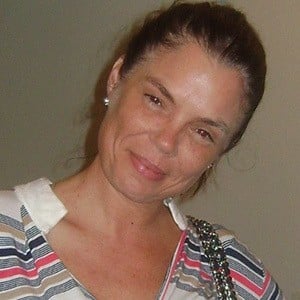 Television actress and model who is best known for her work on the television series Workout in 2001 and America in 2005. She is also known for her reality television work and competed on a season of the Brazilian edition of Celebrity Apprentice.

She began her career as a model and worked on the Calvin Klein campaign. At seventeen she left to New York to pursue her career as an actress. She made her debut in television in 1991 when she starred in the series The Owner of the World. Her feature film debut came in 2006.

She is also known for her theater productions as well and starred in the plays Doroteia in 2016 and Lady of the Drowned in 2018.

She was born in Buenos Aires, but was raised in Buzios on the coast of Rio de Janeiro, Brazil.

She starred alongside Mariana Ximenes and Carolina Dieckmann in the Brazilian telenovela Cobras & Lagartos.

Alexia Dechamps Is A Member Of