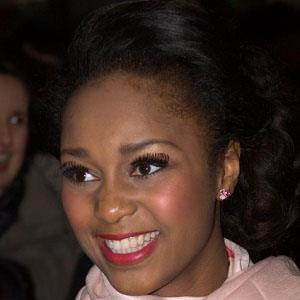 Actress and singer best known for appearing in many title roles in popular musicals in London's historic theater district, the West End.

Her first stage appearance was as an ensemble member of Hackney Empire's Cinderella.

She has made appearances in title roles like Nala from The Lion King, Elphaba from Wicked, and Nabulungi from The Book of Mormon.

She replaced Samantha Barks as Eponine in the London production of Les Miserables. She also made an appearance, alongside Barks, in the 2012 movie adaptation.

Alexia Khadime Is A Member Of