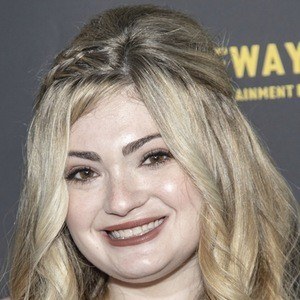 Award-nominated actress for her eponymous role in the film Helen Alone who would also land a supporting role in Mercenaries. She also landed a notable guest role in FOX's Fringe.

She caught the acting bug when she was just six years old. She had a minor role in the 2004 film A Cinderella Story.

She has made appearances on notable shows that include Criminal Minds, Rizzoli & Isles, Chuck, Medium and Charmed.

Her younger siblings Megan and Cameron Raich followed in her footsteps as actresses.

She starred alongside Daniel Baldwin in Helen Alone.

Alexis Raich Is A Member Of