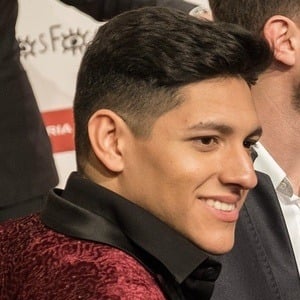 Spanish pop music singer and songwriter who rose to fame after competing on the talent show program Operación Triunfo in 2018. The following year he went on to release the popular single "Nadie Te Va A Querer."

He performed Ricky Martin's "Pégate" while auditioning for OT.

In 2019, he attended the premiere of the TV series La Caza Monteperdido.

He was born and raised in Venezuela and moved to Spain when he was 19 years old.

While competing on OT he performed a cover of John Legend's "All of Me."

Alfonso La Cruz Is A Member Of