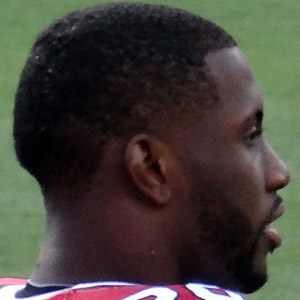 Running back who made his NFL debut in 2010 with the Arizona Cardinals.

He played college football at the University of Kentucky and then went unselected in the 2010 NFL Draft.

He made his NFL debut on November 21, 2010, against the Kansas City Chiefs.

He was born in San Bernardino, California.

In 2013 he was part of a running back committee for the Cardinals that also featured Andre Ellington.

Alfonso Smith Is A Member Of