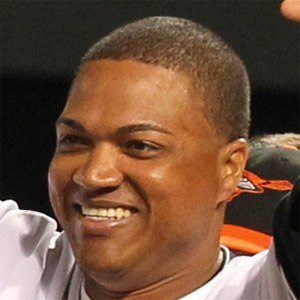 MLB pitcher from the Dominican Republic who pitched for the Baltimore Orioles from 2008 to 2011 and the Cincinnati Reds from 2012 to 2014 before a trade sent him to the Detroit Tigers. He made his first All-Star team as a member of the Reds in 2014.

He was born in the city of Santiago and debuted as a professional baseball player for the La Vega Phillies in the Dominican Summer League.

He previously pitched under the name Carlos Cabrera from 2001 to 2004 and pretended to be twenty-one months younger than he actually is.

He replaced his injured Reds teammate Johnny Cueto in the 2014 MLB All-Star Game.

Alfredo Simon Is A Member Of