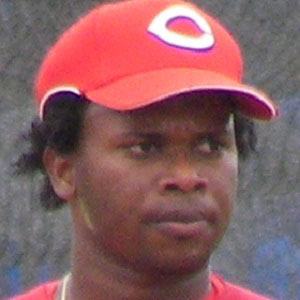 Dominican MLB pitcher who led the National League in strikeouts as a member of the Cincinnati Reds in 2014. After over seven years with Cincinnati, he was traded to the Kansas City Royals in 2015 and he helped the team win the 2015 World Series Championship.

He began his professional career with the Gulf Coast Reds in the minor leagues.

He was put on a seven-game suspension in 2010 for a violent sidelines brawl with St. Louis Cardinals players.

He pitched alongside Bronson Arroyo in the Cincinnati Reds' rotation.

Johnny Cueto Is A Member Of