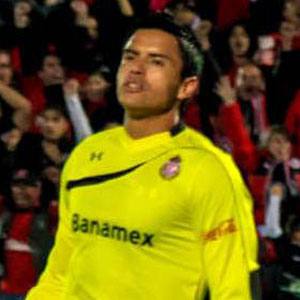 Goalkeeper who won the Primera Division de Mexico with Club Guadalajara in 2006 and Club Toluca in 2010.

He debuted for Mexico's national team in 2011.

He grew up in La Barca, Jalisco, Mexico.

He played alongside goalkeeper Luis Ernesto Michel on Guadalajara.

Alfredo Talavera Is A Member Of