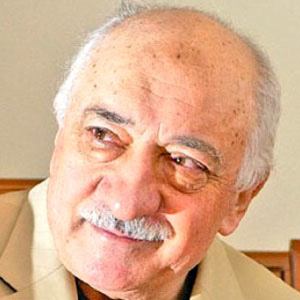 Co-founder of the Gulen movement, popular particularly in Turkey, which stressed education and a moderate form of Islam. He has founded numerous institutions that promote interfaith and intercultural dialogue.

With little formal education, he began preaching in Turkey in the 1970s, and moved into politics in the 80s, getting in trouble with the Turkish government over some remarks.

Moving to the U.S., possibly to escape persecution, he authored dozens of books and articles, and spoke out in favor of Turkey's membership in the EU, expanded women's roles, and meshed democracy and Islam.

He was born in Erzurum, Turkey.

He and American Marine Eric Greitens were voted two of Time Magazine's 100 Most Influential People.

Fethullah Gulen Is A Member Of