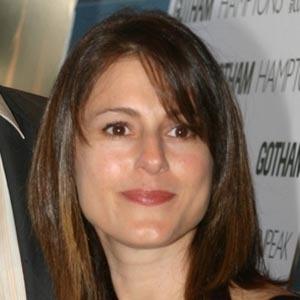 Actress who is known for her work in both television and in film. She is best recognized for her minor roles in large productions including as a mom in Mr. & Mrs. Smith and in How to Be Single where she portrayed a real estate broker.

She graduated from Brown University. Her acting debut came in 1996 when she starred in the film The Mirror Has Two Faces. She then appeared on Seinfeld and the series As The World Turns as the character Dr. Seidman.

She appeared on Denis Leary's Christmas Special in 2005 as a guest.

She married Fred Weller in 2003 in Remsenburg, New York and together they have a child.

She starred in the 2016 feature film How to Be Single alongside Dakota Johnson and Rebel Wilson.

Ali Marsh Is A Member Of