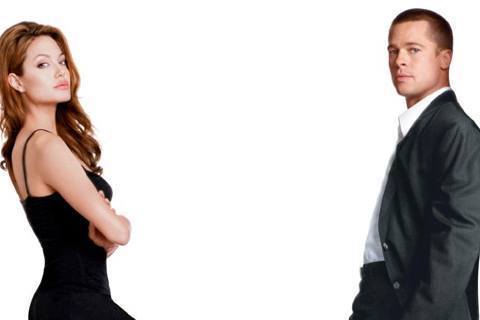 A bored, upper-middle class couple is surprised to not only find out that they both are assassins working for opposing companies, but that they are each commissioned to kill the other. The film made over $478 million worldwide.

Nicole Kidman was originally cast as Mrs. Smith but the role later went to Angelina Jolie. The body count in the film is 43 people.