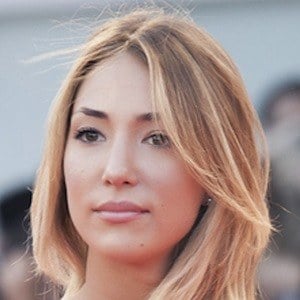 Italian model who has amassed over 2.8 million followers on Instagram. She has been represented by the Good Vibration Group.

One of her earliest Instagram posts is a photo of herself on a beach in Dubai from March 2016.

She has accrued over 20,000 followers on Twitter. Having found success in the fashion industry, she launched her own brand of bags called Avril.

She married soccer star Álvaro Morata and they have three sons named Alessandro, Leonardo and Edoardo. The couple got married in Venice, Italy.

Her husband has played alongside Sergio Busquets on the Spanish national soccer team.

Alice Campello Is A Member Of