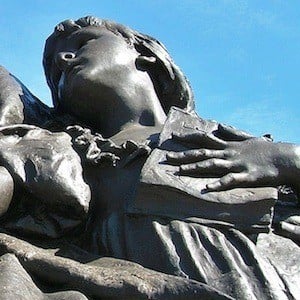 Icon of deaf culture known for being the inspiration behind the creation of Connecticut's American School for the Deaf. She was one of the school's six original students during its opening in April 1817.

She lost her hearing as a result of cerebra-spinal meningitis, then referred to as "spotted fever," as a two-year-old.

Statues of her with Thomas Hopkins Gallaudet stand at the American School for the Deaf and Gallaudet University.

She and Helen Keller are two important deaf historical figures.

Alice Cogswell Is A Member Of