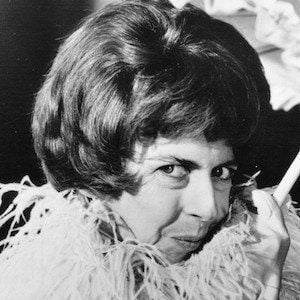 She played Gladys Kravitz in the 1964 production of Bewitched. Her other credits include the 1949 film On the Town and the 1952 film The Belle of New York.

She began working as a comedian in night clubs.

She received her education in Europe before returning to the United States.

She impressed Gene Kelly with her role in the Broadway play On the Town.

Alice Pearce Is A Member Of