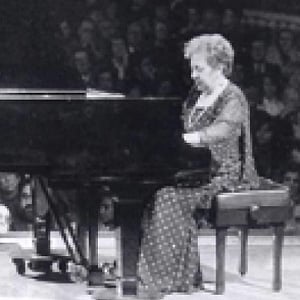 Barcelona-born pianist who was called the greatest Spanish pianist in history by some critics.

Her first public performance occurred when she was five. It took place at the International Exposition in Barcelona.

She won numerous awards, including several Grammy Awards, the Prince of Asturias Award for the Arts, and the UNESCO Prize.

She was born into a family of pianists, with her parents both being accomplished pianists and members of her extended family being pianists.

She was a master of Wolfgang Amadeus Mozart's compositions and became a fixture at the Mostly Mozart Festival of the Lincoln Center for the Performing Arts in New York.

Alicia de Larrocha Is A Member Of