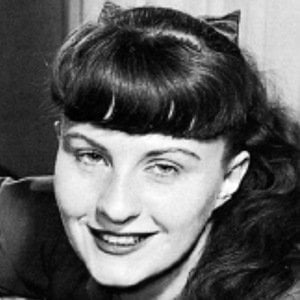 Bebop and cool-jazz artist who was also a skilled painter, often depicting fellow jazz musicians in her portraits.

She fled Communist-occupied East Germany for West Germany after World War II, where she collaborated with bandleader Hans Koller.

She recorded a studio album with jazz saxophonist Zoot Sims in 1956, which became a coveted collector's item.

She withdrew from the music industry after a while and never married or had any children.

She was sponsored by Horace Silver.

Jutta Hipp Is A Member Of