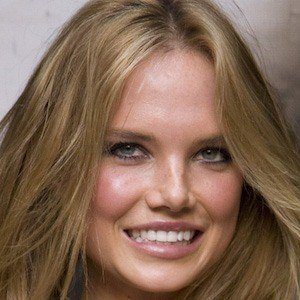 Model and restauranteur known for her work as a Victoria's Secret Angel and has also modeled for brands like Abercrombie & Fitch. She's also been a part-owner of Tartinery, a French sandwich restaurant.

She appeared in a commercial for Heineken in 2013.

She grew up on the Island of Mauritius with her three siblings.

She reportedly dated Jude Law in 2013.

Alicia Rountree Is A Member Of