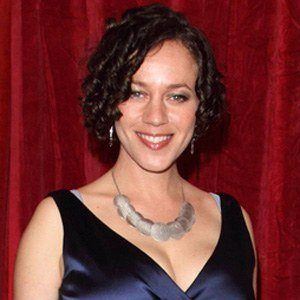 Her acting career began with an appearance in the series Casualty in 1997 and was followed by an appearance on Hetty Wainthropp Investigates.

She has looked up to her mother as her idol and her aunt Alicya is an actress as well.

Lauren Drummond had a role on Waterloo Roo before she made her one episode appearance on the show.

Alicya Eyo Is A Member Of