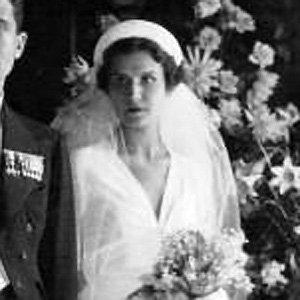 First Greek winner of the Miss Europe pageant who used her fame to educate audiences in the United States on ancient and modern Greek culture.

She added infamy to her resume when she disguised herself as a man and sneaked into the inviolate Mount Athos monks' sanctuary.

She was fluent in several languages, including English, French and Italian.

Aliki Diplarakou Is A Member Of